During the week-end of February 19 and 20, the two Kunzit‘s musicians Alfred Vilayleck and Pascal Bouvier were in Capdenac-Gare to give an intense Soundpainting workshop. Soundpainting is a sign language invented by the compositor Walter Thompson during the 1970’s, that performs live music composition and mixes several arts. Read more

With several social actors, the project “Culture et lien social” from Department Council of Aveyron gives access to people with disabilities to art and practice to create social link. The project “discover yourself musician” from Les Nuits & les Jours de Querbes unites people around Soundpainting:  persons with disabilities, professional musicians and beginners, to create the “Orchestra of  Taillades”. Since the beginning of 2022, several workshops will end up with a restitution concert on Sunday April 10 at 5pm at the Atmosphère venue in Capdenac-Gare. Read more 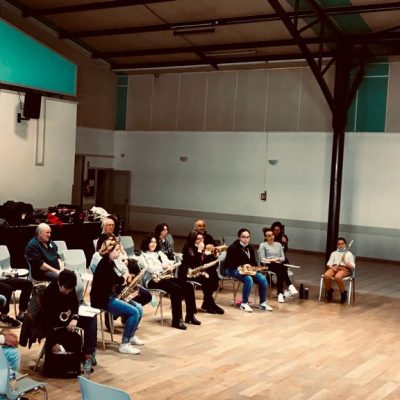 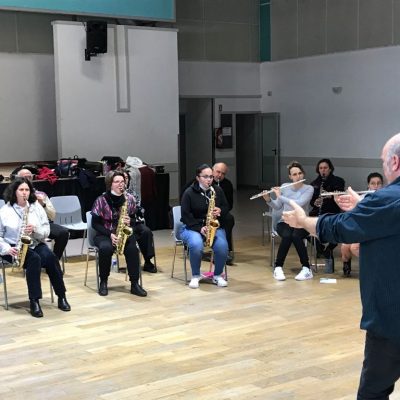 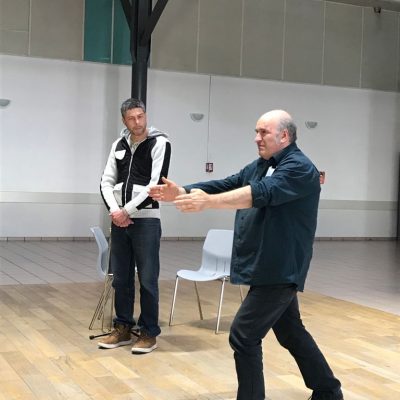 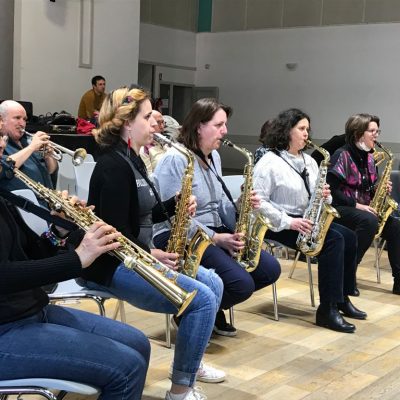 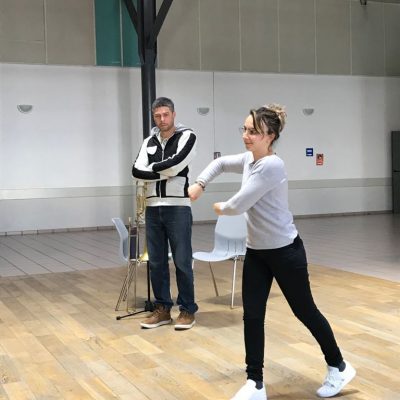 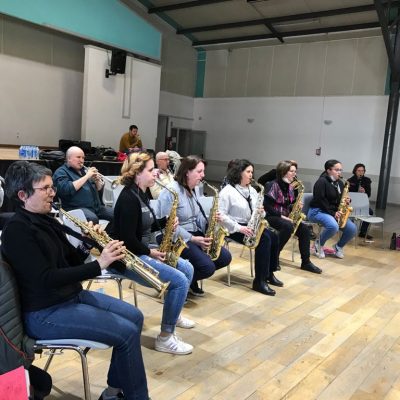 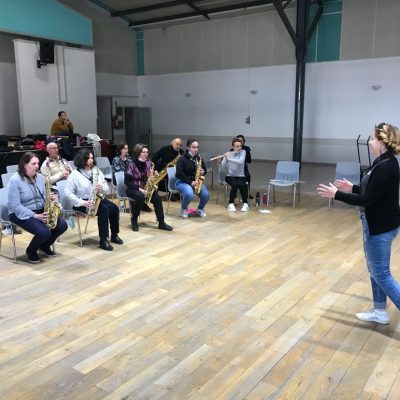 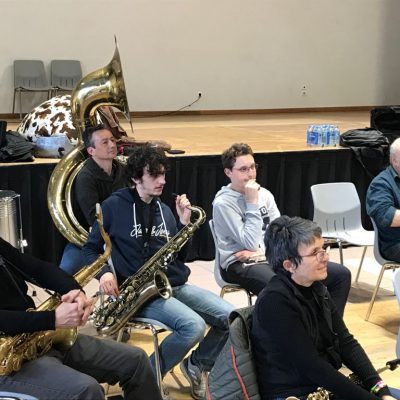 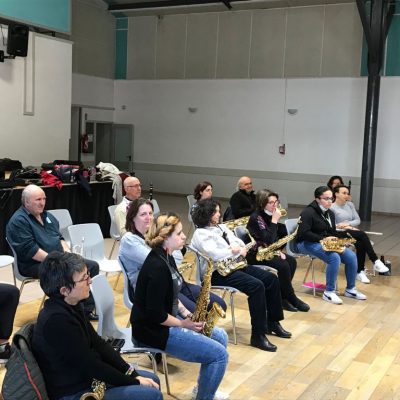